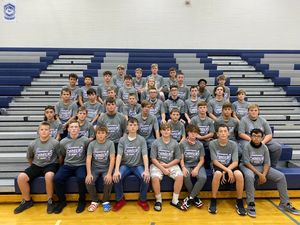 The 2021 SWOC 7th Grade Football Final Standings show the Edgewood Cougars on top with a record of 5-0 in SWOC play.  Overall, the Cougars posted a record of 6-0.  Edgewood finished the season one game ahead of runner-up Harrison.  Congratulations Edgewood Cougars!!! 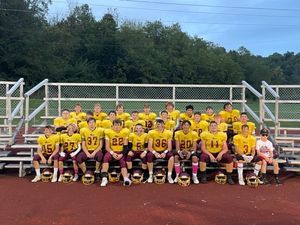 The Ross Rams 8th Grade Football team has claimed the SWOC Championship by posting an overall record of 5-1 (5-0 SWOC).  This marks the second year in a row that this group of football players has ended the season atop the SWOC standings.  Last year, as 7th Graders, the Rams were on top of the final standings, as well, with a record of 8-0 (4-0 SWOC).  Congratulations Ross Rams!!! 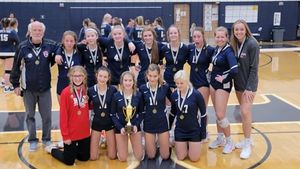 On Saturday, October 16, the Talawanda Brave won two matches to claim the championship of the 2021 8th Grade SWOC Volleyball Tournament.  The Brave defeated Edgewood in the championship game.  During the regular season, Talawanda finished first, as well, with a SWOC record of 10-0 and an overall record of 14-0.  This is the second consecutive undefeated season for this team, as they were 16-0 (10-0 SWOC) as 7th Graders last year.  Congratulations Talawanda Brave!!! 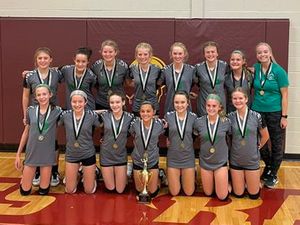 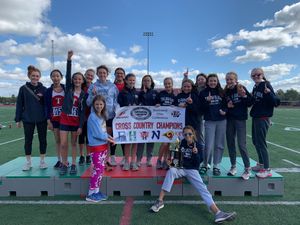 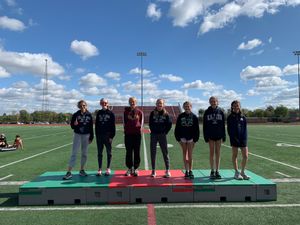 The Talawanda Brave Girls Cross Country team won the 2021 SWOC Middle School Cross Country Championship on Saturday, October 16.  Talawanda finished ahead of three other SWOC schools to claim the title.  The final results were:  1. Talawanda (27); 2. Ross (37); 3. Harrison (72); and 4. Edgewood (92).  Congratulations to the Talawanda Brave and the Top 7 Runners pictured above!!!  Team and individual results can be found here:  http://live.finishtiming.com/meets/440013/events/604